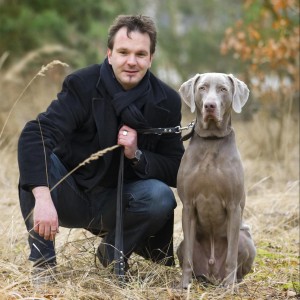 Frans Aerdts
More from Frans
PrevPreviousEgo Parking; a thought experiment.
Next1 World, 1€ and 1Vibe! Omnia in omnibus & singula in singulis!Next 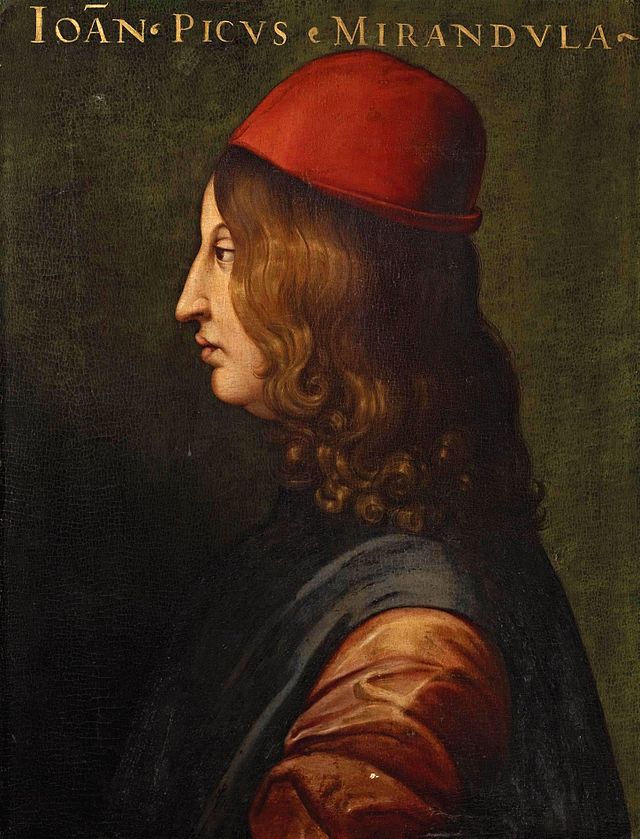 Count Giovanni Pico della Mirandola; (24 February 1463 – 17 November 1494) was an Italian Renaissance philosopher. He is famed for the events of 1486, when at the age of 23, he proposed to defend 900 theses on religion, philosophy, natural philosophy and magic against all comers, for which he wrote the famous Oration on the Dignity of Man, which has been called the “Manifesto of the Renaissance”, and a key text of Renaissance humanism and of what has been called the “Hermetic Reformation”. 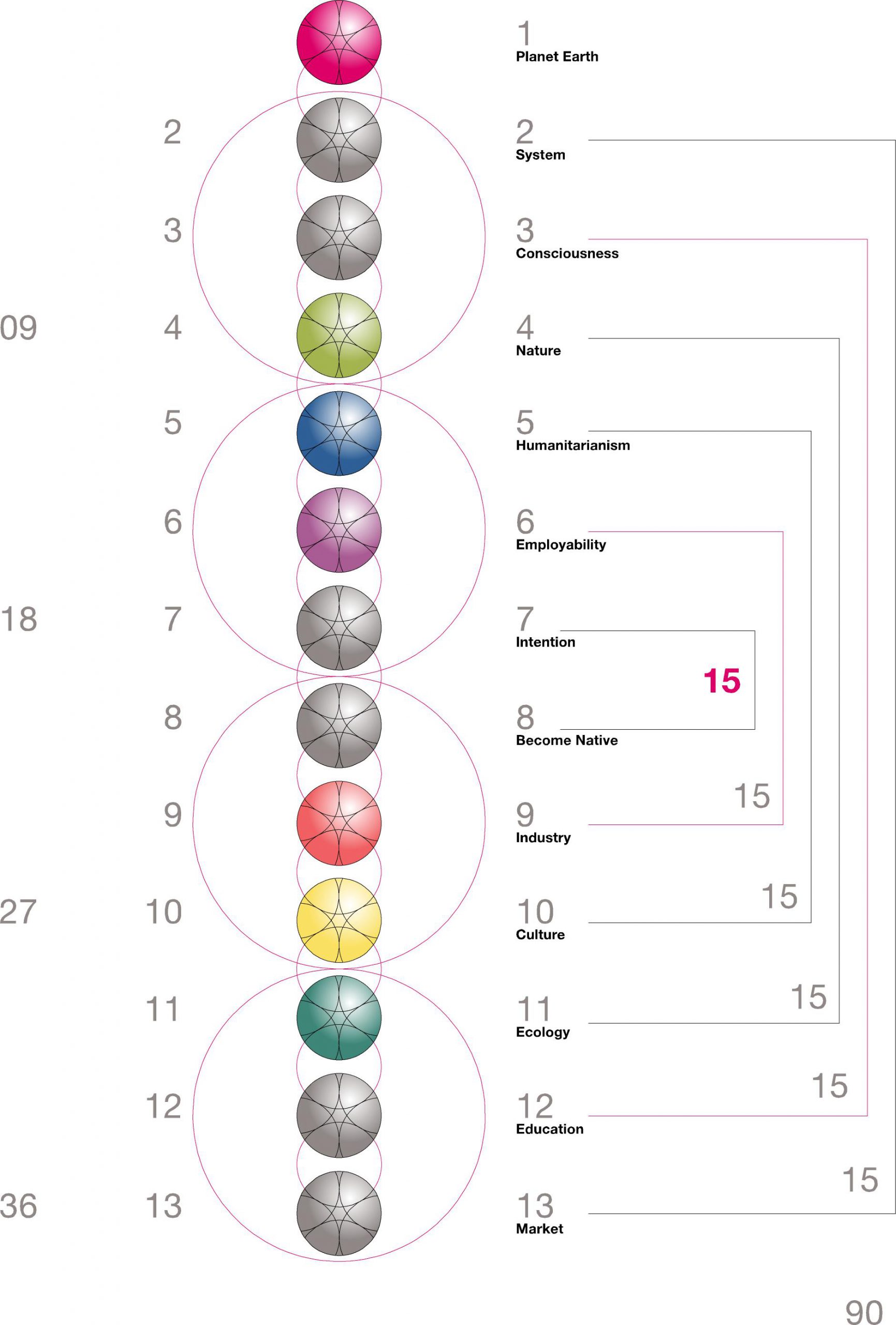 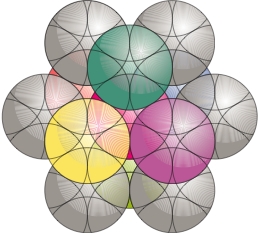 Each level will need further detailed planning and selected partners that preferable were also present at expert meetings for the mutual agreed upon design assignment. This will be leading in forming these project teams. The whole system is scalable and can be as complex as one chooses it to be. The mathematical logic and surprising numerical functions can make the whole a puzzling discovery of our future potentials, an exciting and astonishing journey.  As numbers and numerical sequences have proven over the centuries to lead to several scientific and technological improvements of existential importance here it is first of all a fun element.

Just notice that each circle of elements adds up to 45, metaphorical referring to a 4 x 45 =180 degrees change of direction towards a future that is truly sustainable. A Planet Earth that has the ability to sustain a system’s condition in which people can live, heal, love, learn and work driven by a continuous need to explore beneficial and certainly viable solutions.

Omnia in omnibus & Singula in singulis

All things exist in all things &

An abstract diagram meant to illustrate an extreme mirroring cosmology, developed by a sixteenth-century commentor on the works of Giovanni Pico della Mirandola (1463 – 1494). The diagram appears in Nicolas LeFèvre’s 1579 French translation of Pico’s Heptaplus (1489). 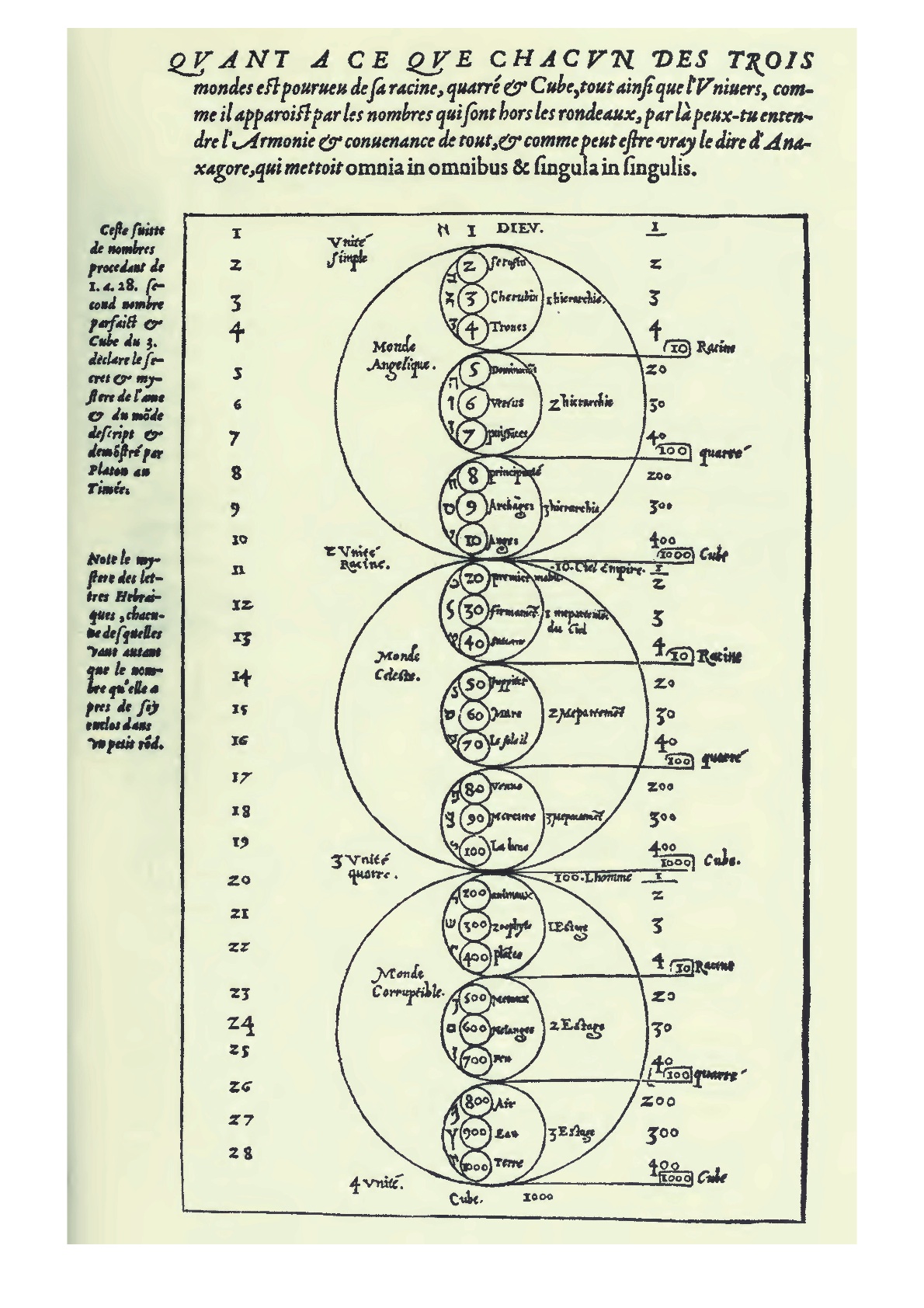 The correlative structure of Pico’s system – known today as self-similar or fractal system – is evident in the scaled circles-within-circles representing different metaphysical “levels” in the cosmos. The following saying by pre-Socratic philosopher Anaxagoras, which finds counterparts in correlative traditions in the Middle-East, India and China, could pass as a concise modern definition of a fractal system.

Creating a numerological system for change!

To make it a real compact and interconnected model of cooperation we build the model on the left. Considering that everything we develop will have viability in mind as a leading principle for a step by step approach we formed a new central point of departure by combining the elements; Earth, Viability and Future. The planet is a given fact along with a future. We will have to make sure that it is a viable future for us human beings.

These 4 models of each 6 elements (starting second on the left) represent the different levels of cooperation based upon the roadmap and results from the expert meetings. The left model represents the strategy level where members of the board or industrial leaders, governmental bodies choose a strategy or define policies.

Secondly we see the model for the overall cultural and more social aspects of the chosen strategy or policy, the Corporate Social Responsibility, where the model on the right stand for the technological and process innovations that come with for example a strategy like Cradle to Cradle. Both the social/ cultural and technical/process models will be combined in the (second from the right) model that stand for all intercompany or organisational requirements and responsibilities that will have to be met by the chosen roadmap.

All 4 together will form a dynamic interconnected system in which viability as a leading principle will guide and help all stakeholders to work within an open dynamic network of experts that actively support the envisioned mission from a separable functionality yet respecting each other’s expertise to ensure reliable implementation. From a well defined, first Cradle as an effective multiplier to the next.

Frans Aerdts
More from Frans
PrevPreviousEgo Parking; a thought experiment.
Next1 World, 1€ and 1Vibe! Omnia in omnibus & singula in singulis!Next

IVO is made possible by…!

Copyright & License CC: Attribution – Non Commercial – NoDerivs. Creative Commons: You cannot modify our work or distribute it commercially, but you can share it as long as you credit Studio 1.25.

International Viability Organisation (IVO) is an initiative of 2evoke b.v. IVO, beHolders, egoparking, e-transferium and all its derivatives are copyright owned by Studio 1.25 as in all conceptual & design appearances and are proprietor to Bahia Holding B.V. Any use of these concepts and or its derivatives must be in cooperation with, and written approval by Bahia Holding B.V.