IVO International Viability Organisation is a concept initially developed by 2evoke and designed by Studio 1.25, with the intention to have for their clients, a transparent and open platform for cooperation and to share the experienced knowledge and expertise of cooperative partners. All people that were willing to park their Ego. 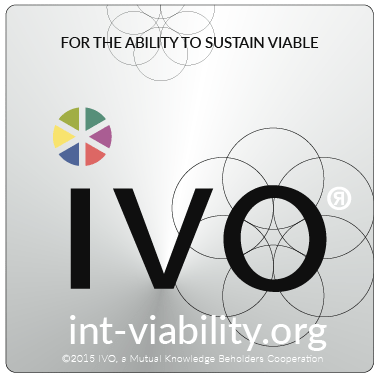 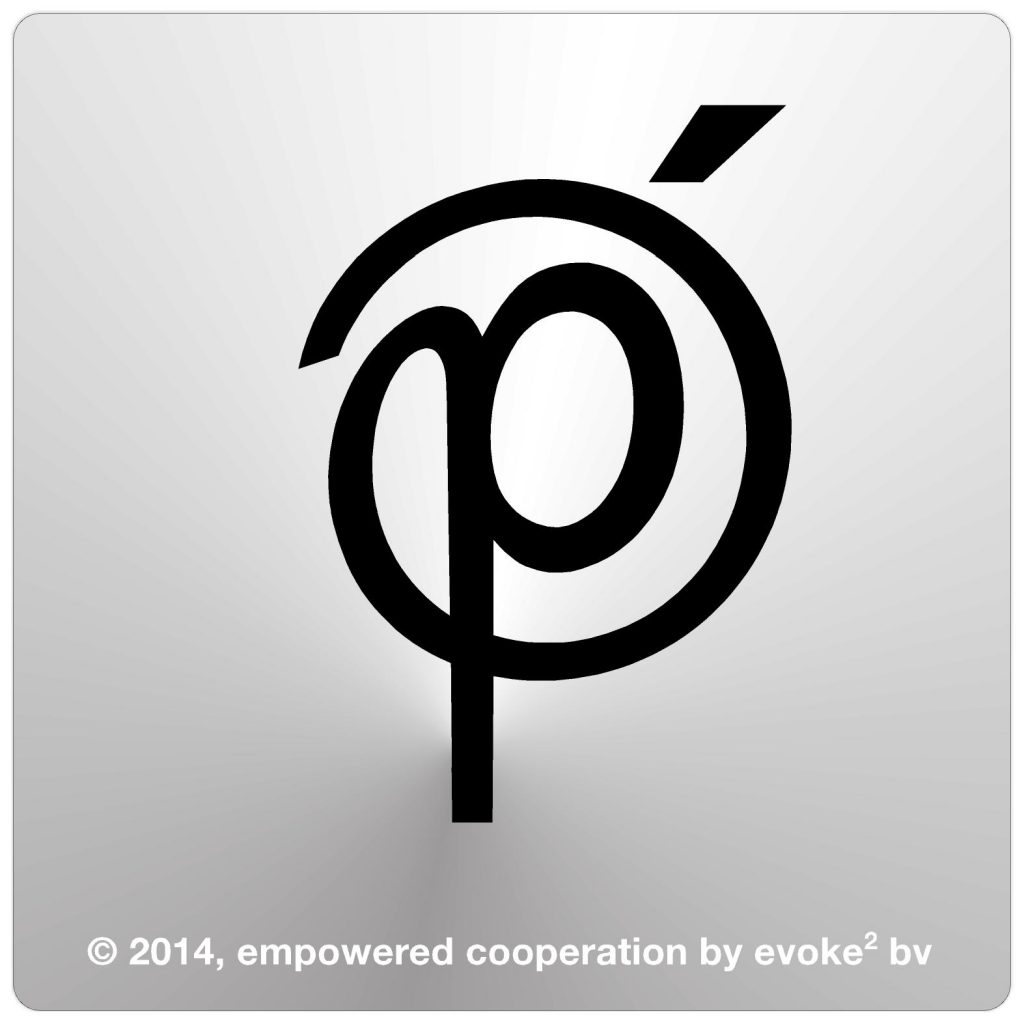 While working with inspiring and beautiful people all over the world, writing the “One Planet Jungle” Manifest and development of the egoparking concept, now in 2020, the need for change came as an illuminating sign, that it was time to scale up.

“Beauty is in the eye of the beholder, so share and make it a first cradle as an effective multiplier to the next.”  Hans & Frans

from LINEAR TO CIRCULAR, EFFICIENT TO EFFECTIVE and from CONTROL TO SUPPORT.

Complex challenges that need to be addressed and still as 2evoke we see a great opportunity in changing the environment we live in, by vitalising this very environment by implementing tools to evoke, “make visible” a viable lifestyle and (circular) economy in which human kind automatically evolves. Creating the mindset to really evoke a vital environment by making visible the Projects that Matter. That is why we created IVO as a platform for cooperation as a shared point of departure.

Project beHOLDERS can, free of charge present their Viable Project on IVO. Sure we will have some guidelines but following our Storytelling tool e-Transferium one will easily upload the information that really reflects the project to Vote for. Vote for?

Yes, not only will visitors (Viable beHOLDERS) have the opportunity to read all about your project and cooperative partners, they will have a 1 time chance a year to donate their 1IVO-€ and Vote for Viability.

Beauty is in the eye of the BeHolder!

(Be2Be) and yes Bees are invited the flower is almost ready.

See how it works:

Behold the knowledge, dear cooperatives of IVO, for this is more than just a thought experiment.

Beholders are private individuals or associates / employees of governmental, educational, social, industrial or non-governmental bodies that behold a Virtual Capital of now 7 billion (€, Euros) project budget a year, that is even growing rapidly. Its value is based on the number of human kind’s population. Each individual can behold the beauty of true sustainability. The ability to sustain viable as mankind within the still viable system planet Earth provides us with.

Combined Knowledge of 7 billion conscious human beings, supporting Cooperatives in viability (truly sustainable) projects of their choice donating 1€ a year. Although less is more, we have set the limit at 1€. More (or less) is not an option. This 1€ p/beHOLDER will be put to use in a % proportion in relation to the following (this is a first draft) activities/investments/goals:

At IVO you do not pay to see no advertisement

We do NOT accept ADVERTISEMENT on our Platform, if only the concept will be leased to a third party of interest.

If the concept of IVO, its organisational structure, grows and interest may be shown to lease the concept the Virtual Capital will be key in defining the “realistic” value, for its potential members will be used as one of the indicators to define the one-year financial lease price which eventually will be mutually divided and shared by all Beholders. Virtually 7 billion divided by the number of IVO Beholders. If IVO would succeed to have 7 billion Beholders of 1 IVO-€ invested in Mutual Knowledge development, all beholders would get their IVO-€ back as return of donation. Which would be the ultimate goal. Not profit wise in a way of financial value, 1 IVO-€ still will be 1 IVO-€, but imagine the effectiveness of all projects that have been voted for, supported and realised.

The reason one can only “invest” 1 € a year per person is found in the fact that Cooperations in earlier years were set-up like this, for one reason only: every vote counts as much as the other. From one beHOLDER of Beauty to the other. Not more influence for one because of more shareholder value.

Because of this it will be of mutual interest to gain as much new Beholders as possible quickly, otherwise no candidates for our lease plan will be interested. The fewer Beholders we have the less Knowledge that can be shared. The more Beholders, the more Knowledge can be shared but with also the effect that with a possible lease contract, actualized capital must be shared with more Beholders. The more effective the growing amount of Beholders will be directly from the start, the faster the community will grow and the faster parties will be interested to get commercially involved.

The real Capital needs to be valued by for example the effectiveness of realized projects and score on the Viability Index, measured by the amount of actual involved and effected people. But we will only put the concept on the market for commercial use for a period of 1 year at the time, if the initiative reaches 100.000 beholders, let’s say we would reach that amount in the first years. Only the beHolders that have invested a IVO-€ in the last year before we lease the concept to a third commercial partner will get rewarded with their return on donation. We still would have a return on virtual donation of 70.000 IVO-€ per beHolder with an initial support of 1 IVO€ : only if we would find a third party interested enough to transform the 7 billion beHolders into 7 bilion IVO-€’s but quite an interesting rate-result. Dream on I hear you say…

Of course the number of viable beholders will grow further than the possible lease point of 100.000 and the return on donation will be less. But also the virtual capital will have grown to the actual people living on planet Earth at the moment of an actually signed lease contract. The return on investment will be paid for 50% directly to our Viable beHolders; the other 50% will be invested in an innovative technology project of their choice. There will be some very interesting break-even points within this model.

The Lease contract is given to a commercial partner that over the timeframe of 1 (one) year may use the platform to commercialize the platforms’ website by advertisement. You don’t have to pay to see no advertisement; you will get paid to do so. For sure we will work out some guidelines and criteria for such organisations and the commercial ads that will be presented, but most important is that they will have to work from our Shared Points of Departure for Viability.

It all might seem somewhat naïve but imagine this: In March 2015 already, Mark Zuckerberg announced that Facebook had reached the 1 Billion active users worldwide. 1 out 7 people on the planet uses Facebook actively more than once per month. Imagine if each of those users would have participated once a year in a viability project or supported a project with only 1 €. (Instead, and apart from all the good stuff Facebook provides, the social impact of these like networks also have shown devastating and shocking images of bullying, terrorising and anti-viable time consuming and non-information mass consumption.)

Better become a Beholder of Mutual Knowledge at IVO.

And if one would take a glance at the price rates  for advertising on platforms that will have a 75% guaranteed interested members base and user profile, take in consideration that we will have a near to 100% share-Ho, sorry, beHolders with a users profile that has the intention and willingness to Vote for Viability and probably to act upon it.

According to AdAge, the cost of a 30 second commercial slot in the Super Bowl 2020 is about $5.6 million. Fox reportedly sold out of all its slots by November 2019. Multi million audience for sure, but also only 30 seconds.

What would a 500.000 beHolders audience within a timeframe of 1 year be worth?

limits us to only design

Innovative Transformations, for all of us to say;

(ME, being Mother Earth)

IVO is made possible by…!

Copyright & License CC: Attribution – Non Commercial – NoDerivs. Creative Commons: You cannot modify our work or distribute it commercially, but you can share it as long as you credit Studio 1.25.

International Viability Organisation (IVO) is an initiative of 2evoke b.v. IVO, beHolders, egoparking, e-transferium and all its derivatives are copyright owned by Studio 1.25 as in all conceptual & design appearances and are proprietor to Bahia Holding B.V. Any use of these concepts and or its derivatives must be in cooperation with, and written approval by Bahia Holding B.V.